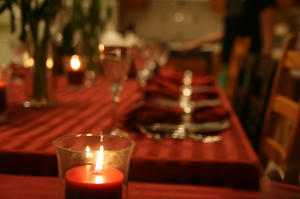 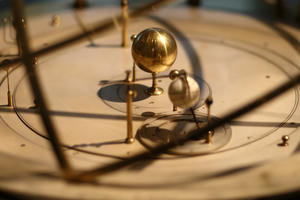 Posted by Thomas Gideon on 2 October 2014

I used to hate travel for work. I'd be stuck in the pressure cooker of modern air travel with people with whom as often as not the only thing I had in common was a job. Can you imagine, long spans of either awkward silence or endlessly rehashing work? For those jobs of the past, the purpose of any given trip was likely to involve some customer glad handing, a chore under the best of circumstances. The destinations were always uniformly nondescript, beige, corporate, even industrial.

Posted by Thomas Gideon on 30 September 2014

A couple of weeks ago, as I walked in from the Metro to work, an album to which I was listening brought me to tears. The stresses I have been feeling for the past year had reached a crescendo pitch. Music has become a key part of how I cope. I started playing guitar back in January, inspired by my older son's intense musicality and some of the fondest memories of my dad when I was growing up.

If you follow me on any social media, you've seen that a friend of mine is dying.

The last part of that sentence was really hard for me to write. I don't deal well with death. I don't mean emotional collapse, I mean failure to even find a handle. Just writing such a simple statement, admitting this is happening to someone I have known for the better part of a decade feels surreal.

Posted by Thomas Gideon on 4 January 2014

This essay is adapted from the podcast episode originally published on 2010-01-27.

Warm Up to Ending My Podcast Hiatus

Posted by Thomas Gideon on 5 October 2013

I am planning a state of the podcast episode to end my current hiatus. I may get that out this week but more realistically it will be next week.